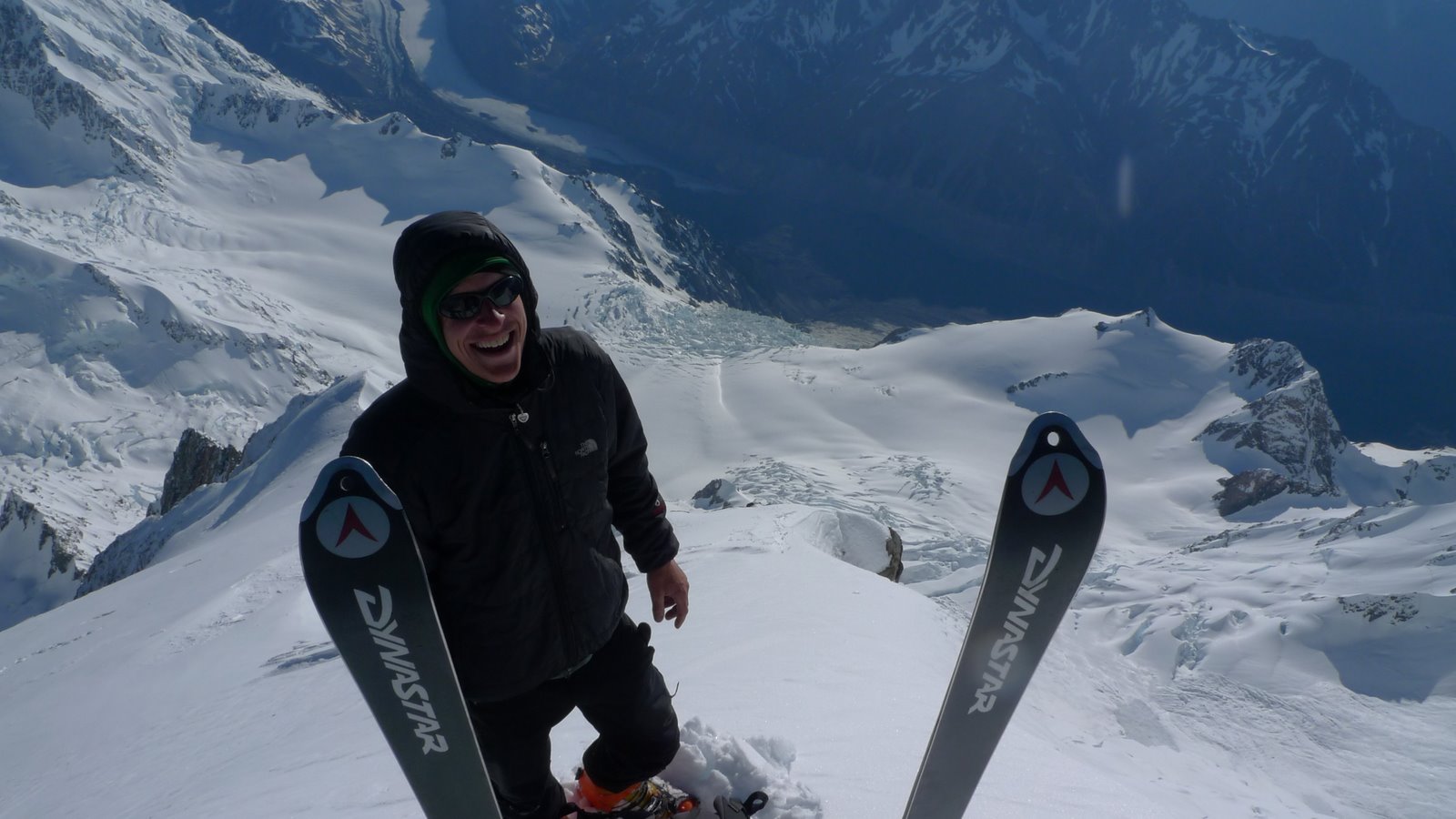 While some first descents get lots of attention, others often trickle by unnoticed. Because of that, I just wanted to give props to these potential first ski descents by Italian Fredrico Varingo, who is reported by Aspiring Guides of New Zealand to have made first descents of both Mount Cook and Mount Tasman this past November. I’ve skied in New Zealand a couple times, so these descents get me stoked to return again. It seems like the summer season may be the time to nail the biggest peaks. But, really I think it just takes big cajones to drop in on these big, glaciated and steep New Zealand faces. On November 27, 2011, “Freddy” climbed the Linda Glacier Route on Mount Cook, New Zealand’s highest peak and dropped in to the East Face just below the summit. The next day, he nailed Mount Tasman, in what is reported to be a first ski descent from the peak’s summit. Reports of ski descents often go unnoticed in places like New Zealand, so while his first descents are in question, it would be cool to know if these were in fact, first descents of two of New Zealand’s most iconic peaks.

Here’s is the report from Aspiring Guide’s blog. If you know any info about possible ski descents of these lines in the past, please feel free to comment below.

On Sunday Nov. 27 Aspiring Guides guide Fredrico Varingo made the first ski descent (to our knowledge) of the East Face of Mnt. Cook. Freddy, an IFMGA qualified guide from Italy, climbed the Linda Glacier on his first trip up Mnt. Cook. The way down included a right turn just below the summit ice cap. His route took him pretty much straight down until traversing left and joining the Zubriggins Route just above Grand Plateau. This was just a warm up. The next day skiing off the summit of Mnt. Tasman. Again a first and what a route down. Unlike Mnt. Cook which was “easy” now Freddy opted to climb the route he intended to ski. Ascending below Engineer Col to about elev. 3000m he traversed to the other side of Syme Ridge and proceeded up and diagonal to the summit. It was this improbable route that he skied back down. Describing the maze of schrunds and ice blocks below engineer Col as “horrible” Freddy was very happy to reach the safety of the Grand Plateau. I am not an authority on this sort of thing but as far as I know this is the first ski descent of Tasman. Anyone mad enough to claim this route before?