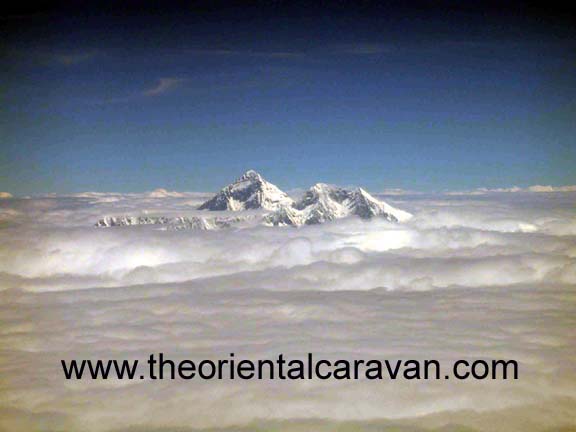 Many of you may know that Jacksonite John Griber is currently filming on an expedition to Everest right now. So I thought I would give an update on how things have been going.

From what it sounds like, the team had good weather and did some acclimatizing up to Camp 3…at 7000M. It seemed to take it’s toll on some of the group, and they descended below base camp to recover. Currently, they are positioning themselves for a summit bid, but the weather looks to be not in their favor through the 17th. The tents at Camp 2 have been blown away with the wind, but they hope some of the rest of the stashed gear may still be there. Sherpas will assess the situation ASAP.

I sent John an email and I got a reply from basecamp the next day…amazing! Here is John’s reply: Great to hear from ya!

Yup, all’s well so far, we are back at BC waiting for good weather. We’ve already been a few nights at C2 and one at C3—so far feeling good— our weather is speculating a break in a week, looks like we may shoot for moving up in a few days then hanging at C2. Filming is going great, got some great shots through the icefall over the ladders!!

Some guy wants to ski Lhotse… haven’t seen the route yet but the Lhotse Face would be pretty good now, just got to link between blue ice patches!!

Hows JH.. any good corn conditions or did it go fast– Keep in touch, the waiting game at BC is getting a little much !!!!

See ya and Namaste to all.

Word has it that the team is feeling pretty trashed from the long periods of time at basecamp, and John could use some reminders from home. If you’re buds with John, please email him at climb@alpineascents.com, and put ‘John Griber EBC’ in the subject line. My advice would be to keep it short…but sweet! Follow along on Randall Blaum’s Everest Blog as well.