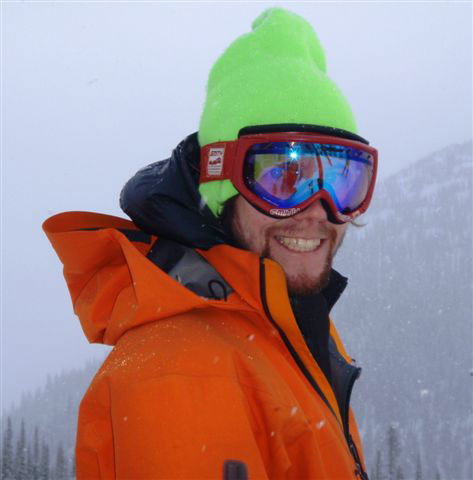 It was recently announced that Matchstick Productions fame Eric Hoji Hjorleifson is teaming up with Dynafit to make a new freeride edition AT boot. Hoji was featured skiing on Dynafit in many MSP video clips in the past couple years and his style, skill and what he has been able to do on Dynafit bindings caught the eye of many other skiers out there. Enough so to convince them to try Dynafit bindings and now Dynafit hopes this new partnership with Hoji will get them try their AT boots as well. This relationship has been blossoming over the past year and started after word got out about a pair of Titans that Hoji had modified with multiple parts from other manufactures ski boots, such as Salomon, Garmont and Dalbello. The most obvious tweaks are the relocation of the lower two buckles, with one being an often touted instep buckle that can really help with heal retention. Hoji also added a bit of height and stiffness to the upper part of the cuff and added a beefy removable tongue. Adding a stiffer tongue is not really a bit deal, but considering that the Titan is an overlap boot is what makes it different and being able to remove it really helps with freedom of movement when skinning and booting. As a backcountry skier, I can really appreciate advancements in designs that help us get more joy out of ripping the powder. While Iâ€™ve found many AT boots out there (mainly from Black Diamond and Dynafit) to work well for me, there are always a few changes in design that I often wish AT boot manufacturers would focus more attention on.

- A large range (fore and aft), smooth and a low resistance walk mode. This is a key feature and often touted as more important than weight savings.
- Elimination of swappable AT/Alpine solesâ€¦it just adds weight and Iâ€™m only using Dynafit bindings when skiing.
- Intuition Alpine Wrap liners. This model of Intuition liner gives you the nice and secure wrap feeling, but isnâ€™t too stiff and restrictive in the ankle to effect movement when ski touring. I canâ€™t remember the last time I used a stock liner.
- Tall, stiff cuff. Most boots come a little too low on my shin, with the exception of the Factor by Black Diamond.
- Lateral support in upper cuff. It bugs me when there are cut-outs in the sides of the upper cuff, though a wrap liner can often alleviate lack of support.
- Low volume. Not necessarily in width, but in lack of mass. I want my boots to be sleek, not bulky.
- And most importantlyâ€¦LIGHTWEIGHT. Anyone can make a tall, stiff, and heavy AT boot (you would think), making it light so we can shred more untracked powder is really the challenge and what will win you the prize as the most sought after boot on the market.

As a Dynafit user of nearly 15 years, itâ€™s pretty interesting to see how the brand itself has moved more and more towards freeride skiing in relationship to the products it develops. Itâ€™s also interesting to see how ling it take for some people to realized what many of us have know for yearâ€¦Dynafit bindings just work, and their boots are pretty darn nice as well.

June 2011 â€“ (Boulder, CO) â€“ Dynafit, the worldâ€™s only full-line full-time backcountry brand, is proud to welcome Eric â€œHojiâ€ Hjorleifson to their athlete roster. In addition to joining the Dynafit athlete team and promoting his use of Dynafit boots and bindings, he will also be a ski boot consultant for the brand. Hjorleifson, a professional skier by trade and boot-tinkerer by night, has been skiing Dynafit boots and bindings for the last two seasons.Hjorleifson remarked, â€œI have a lot of respect for their engineers and designers. I showed them my boots, and some footage from MSP, so they could see what I am doing on the gear. I'm really optimistic about working with them. The need for gear like this is really obvious in North America.â€

His attention to technical ski boot design and knowledge of product performance characteristics coincides well with Dynafitâ€™s boot program. Already a recognized leader in backcountry boot design, and the worldâ€™s market share leader in that segment, Dynafit is excited to continue its constant push for market-leading innovation.

Benedikt Boehm, Dynafitâ€™s International Business Unit Manager welcomed him to the team. "Eric embodies the spirit of the snow leopard in his approach and descent. His spirit for the mountains and knowledge of terrain is perfectly matched with our vision for North America. We are honored to have Eric skiing our boots and bindings, and look-forward to his input on design".

Born and bred in Canmore AB, Hjorleifson is a member of the infamous â€œBow Valley Crewâ€ of freeskiers who cut their teeth ripping big Rocky Mountain lines in and around Lake Louise. His specialty is ski touring to steep, challenging rock-studded faces and wicked couloirs around the world. Hojiâ€™s skiing style is a high-speed, technical racer-derived turns with the odd air thrown in for good measure. He has also has appeared in Matchstick Productionâ€™s Push, Claim, The Hit List and Seven Sunny Days.

Hjorleifsonâ€™s first assignment is to work with Dynafit's boot product manager, Federico Sbrissa, and the Italian design team on a new line of boots for the 2012-13 seasons.

Chris Sword, Dynafitâ€™s North American President also welcomed Hoji to the athlete team. â€œEric is one of the worldâ€™s most dynamic and visually exciting big mountain skiers. And just as important, his no-compromises approach to ski boot design, and how it can increase performance in the big mountain arena, aligns perfectly with our mission to build the worldâ€™s best backcountry gear.â€

An athlete-driven brand from the beginning, Dynafit is committed to designing faster, stronger, and lighter gear for ambitious backcountry athletes who never compromise. Development of each product is pursued in concert with a select team of athletes, and no product decisions are made without clear go-ahead from the team.

***Based in Munich Germany with North American Headquarters in Boulder Colorado, Dynafit arrives on top first with the biggest smiles, with plenty of power left for the ultimate ride down. The highest mountains and most extreme conditions require both the lightest and most bomber gear in the world â€“ no compromises. That is why Dynafit invests in the worldâ€™s top athletes, designs, and technology.